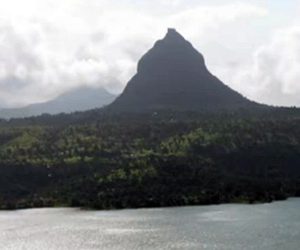 Tikona also known as Vitandgad is the hill fort in Maval in western India. It is located near Kamshet around 60 km from Pune. Behind the fort of Lohgad and Visapur, this fort is not visible directly. On reaching Borghat, there are caves on the top of the carla, palace, bedssey, bhandara and Shelarwadi. The forts for the protection of these caves are Lohgad, Visapur, Tung and Tikona. Many Ghatvata connecting the ancient Bandarana Ghatmatha are in this area and hence these squares have been built to keep an eye on them. Generally, the forts in this area are Buddhist and Hinayana practices, so these forts should be built between 800 and 1000 AD.

About 1585 C.E. Sardar Malik Ahmed Nizam Shah of Nizam Shah won this fort and joined the Nizamshahi fort. In 1657, Shivaji Maharaj brought the whole of Konkan, which had been Nizam territory, under his control when he conquered Tikona along with the forts of Karnala, Lohgad, Mahuli, Songad, Tala, and Visapur. This fort is used to keep the observation on the entire wind tower. In 1660, Dhamale family, the Deshmukhs from Maval region were charged with ensuring the security of fort Tikona. Jaysingh invaded the region in 1665 and attacked the local villages but the forts held out. Tikona fort was surrendered to the Mughal warrior Kubadkhan, who had attacked the region together with Halal Khan and others, according to the Treaty of Purandar signed on 12 June 1665. Kubad Khan took over the fort on 18 June but it was later recaptured by the Marathas. In 1682 King Sambhaji met Aurangzeb’s son Akbar. After the meeting the Akbar was offered to stay on Tikona fort, however he was shifted to Jaitapur as the climate didn’t suit him. A small battle was fought by Maratha army with British in 1818, before it was captured by the later. 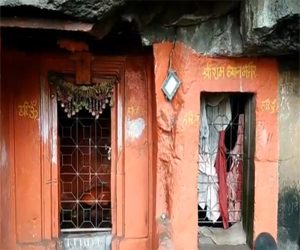 Because of the thickness of the fort, the entire fort can be seen in one hour. After entering the entrance of the fort, there is a water tank and a cave. There are 10 to 15 people living in the cave. It is inappropriate to live in the cave during the rainy season. The way through the cave leads directly to the entrance to the fort. The entrance steps are tiring. On entering inside the door, there are water cisterns on the right and a fortified bastion on the left. A straight path to the right of a few goes down. Here are some water tanks. There is a big water tank behind the Lord Mahadev temple. The entire Maval Parvat from the fort comes into the sight. 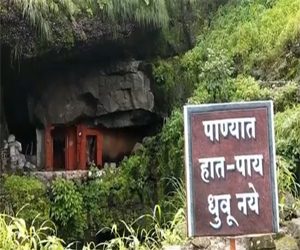 The nearest town is Kamshet which is 51;km from Pune. The base village of the fort is Tikona peth which is 26 km from Kamshet. There are good hotels at Kamshet. The trekking path starts from the hillock south of the parking area near Tikonapeth. The route is very safe and wide. There are few trees on the trekking route. It takes about an hour to reach the entrance gate of the fort. There are very steep and high, which makes the climb a thrilling experience. There is very less space on the fort. It is advisable not to accompany large groups for climbing the fort. The steps are so narrow that only a single person can climb at a time. The night stay on the fort can be made in the caves either near the entrance of the fort or on the top of the fort. The Bedse caves which are on the way from Kamshet can also be visited on the way to Tikona on the same day.