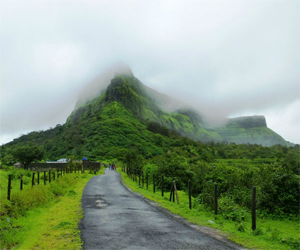 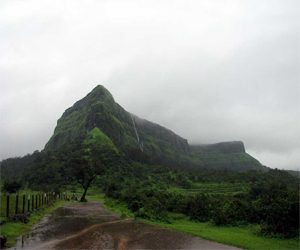 Visapur is the opposite ridge to the famous Lohagad. Visapur Fort is also called as Visapoor Fort. It is located in Pune district, 9 to 10 km from Malavli Railway station out of which 5 km is steep road. It has an elevation of 1084 meters above sea level. It is built on the same plateau as Lohagad.

The base village for both Visapur and Lohagad forts is the same. However the trek to Visapur actually starts from the base of Lohagad fort. Hence it is a trek in a trek double delight.

The fort was constructed by the first Peshwa emperor Balaji Vishwanath from the period of 1713 to 1720. The Fort is also known as the twinning partner of Lohagad Fort, and its fortifications offer protection to the Lohagad fort.

The Fort belonged to the period of Satavahanas and was constructed with an aim to keep an eye on the movements in Konkan and Bor Ghat. The Peshwas gained control on the Lohagad Fort in 1803 and made it as the biggest treasure of the Maratha Kingdom.

In 1818, Visapur was attacked by British battalions. A giant group of 380 European Soldiers, 800 native army men, two British battalions and a collection of artilleries from Chakan was gathered together to declare war against the Peshwas.

They set up their canons at Visapur taking advantage of its higher elevation and bombarded Lohagarh thereby forcing Marathas to flee. In 1818, Lohagad-Visapur was placed under the command of a Colonel Prother. 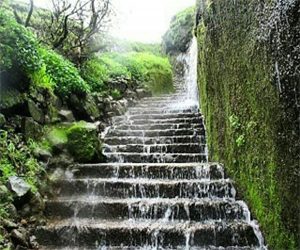 A couple of water tanks of the forts still have water even in early summer.

Remains of an old Mahadev Shrine.

There is also a huge horse driven flour mill with the grinding stone still in place.

Bedse cave is a 2 hour 30 minute walk from the base village.

Temple dedicated to Hanuman is also located on this fort.

One can also find huge chiseled image of Maruti out of rock.

A couple of isolated caves.

A well which local legend says was built by the Pandavas.

You may even spot a few scattered cannons and numerous water cisterns.

Distance from Pune to Visapur Fort base 65 km approx.

Distance from Mumbai to Visapur Fort base 105 km approx.

By Air: If you are looking to travel by air, then you need to take a flight to Pune Airport, which is located at a distance of about 60 km from the fort. Once you have reached Pune, you can either catch a bus to Lonavala and then from there, a cab to Visapur; or you can hire a taxi directly to Visapur Fort. It will take you an average time of 1 h to reach your destination from the airport.

By Rail: The best way to reach Visapur fort by rail is to catch a direct train to Lonavala railway station, which is well connected to nearby cities and towns.

Reach from Lonavala:- Board the Pune bound train halting at Lonavala. Change trains to local shuttle train between Lonavala and Pune. Reach Malavali Station next railway station after Lonavala – towards Pune. Get off at Malavali railway station. Cross the railway crossing over to east side. Private vehicle can drive right up till the base village.

From Pune local shuttle train are available between Lonavala and Pune.

By Road: The base of the fort is well connected to other cities and towns by road. Hence, you can drive on your own directly to Visapur Fort.

The best time to trek is during the monsoon season a little after the rains, as the weather is a lot soothing and easy. Plus the lush green carpet that welcomes you at Visapur fort is worth every penny.

Best time to trek is August to January.