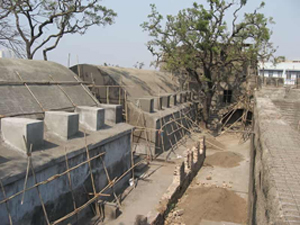 Built by the Portuguese in the 1600s, the Sewri Fort was later taken over by British forces and used as a watchtower. The fort was strategically designed to withstand attack by enemies; hence inside you will find that the inner entrances are deliberately placed perpendicular to the main entrance.

In the courtyard of the fort is a large tree that is an excellent spot to grab some shade from the sun. Go here to gaze at the beautiful domed rooms and vaulted linear structures inside the fort. During the month of February, one can spot pink flamingos from the fort.

Up to the eighteenth century, Mumbai consisted of several small islands. In 1661, seven of these islands were ceded by the Portuguese to the British as part of the dowry of Charles II of England. The harbour proved eminently opposite, and the British planned to shift base from Surat to Mumbai. The Siddis, who were of African descent and noted for their navies, had allied themselves with the Mughals. The British, under the East India Company and the Mughals were constantly waged war on each other. As allies of the Mughals, the Siddis also declared the British as enemies. 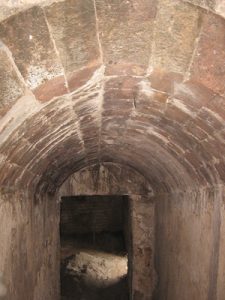 Faced with relentless attacks by the Siddis in 1672, several fortifications were constructed in Mumbai, and in 1680 the Sewri fort was complete. It stood on the island of Parel, on a hill overlooking the eastern seaboard and Indian mainland. It had a garrison of 50 sepoys and was managed by a subedar. It was also armed with eight to ten cannons.

In 1689, the Siddi general, Yadi Sakat, with an army of 20,000 men, invaded Mumbai. The fleet first captured the Sewri fort, then the Mazagon Fort, before sacking the town of Mahim. The fort was also later involved in a battle that repelled a Portuguese attack in 1772.

After the decline of the regional powers, the fort was subsequently used to house prisoners. It was later converted as a Bombay Port Trust godown. 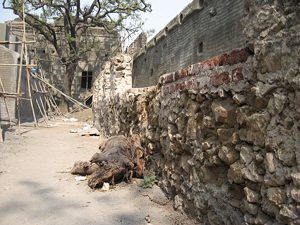 The fort was built primarily for defense, and embellishments are absent. It is bordered by high stone walls, including an inner ring for added protection. It is landlocked on three sides, and sits atop of sheer cliff of about 60 m (197 ft). The entrance is a stone doorway that leads into a courtyard. To prevent a frontal assault from the main entrance, the inner entrances were placed perpendicular to the main entrances.

Architectural highlights include pentagonal room along with a long domed corridor, and linear vaulted structures. 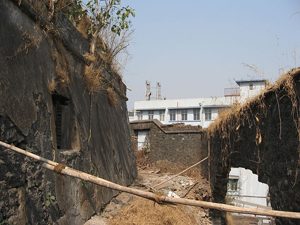 The fort is currently owned by Maharashtra state’s Department of Archaeology and Museums. It is classified as a Grade I heritage structure, and efforts are underway under Phase I of Mumbai Fort Circuit Project to restore it.

The restoration involves the creation of two zones. Zone I includes the immediate fort area. The crumbling walls are to be repaired, debris cleared off, roofs rebuilt, steps fixed and a garden created in the complex. A museum is also to be constructed. Zone II renovation consists of the surrounding areas that belong to the Mumbai Port Trust. In this, a sea-facing promenade is to be created that links the fort to the waterfront, along with the creation of a landscaped garden, food court, and amphitheatre. The total cost for this project in 2008 is estimated to be ₹36.5 million (US$508,000). The strategic location of the fort would also promote ornithology as the area overlooks the Sewree mudflats, that are frequented by migratory birds, particularly the lesser flamingoes.

By train: Get off at Sewri station (E), which is on the harbour line. It’s about 15 min walking distance from the station.

By Bus: Sewri Bus depot is located in Sewri West. Take any bus that ends at P.Thakeray Udyan/Sewri depot.

Best time to visit Sewri Fort is in the early morning and evening. 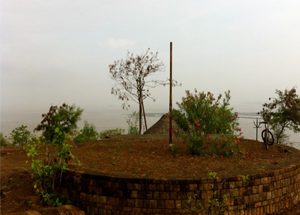 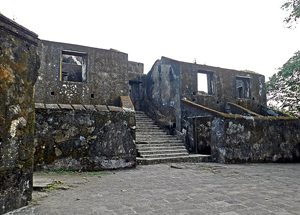