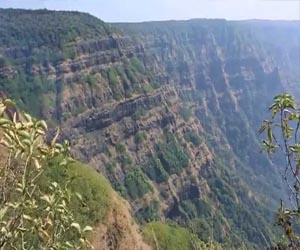 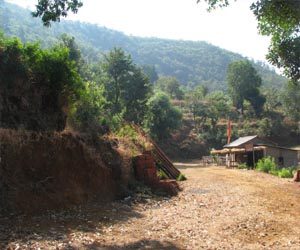 Prachitgad Fort (also known as Uchitgad or Rangna) is an ancient fort in the Sahyadri mountain range in Maharashtra state, India. It is located at 17°13′34″N 73°41′25″E on the western edge of Chandoli National Park in Sangli district but easiest way to reach is from Ratnagiri district at Shringarpur. It is located on the boundaries of 4 districts Sangli, Kolhapur, Ratnagiri and Satara.

It is very remote place to reach from Sangli side due to dense Forrest and mountain terrain.

The closest city is Sangameshwar which is approximately 22 km away. The place is accessible only by foot from Shringarpur near sangmeshwar which is a 5 to 8 hour climb and trek through treacherous terrain or from chandoli dam which is a 14- to 15-hour walk through the forest. 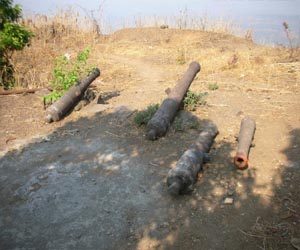 It is not known who built the Prachitgad fort, but its masonry suggests that it was built during the Muslim rule (16th century).

The Maratha king Shivaji captured the fort in 1660s, and repaired it. RaoRana Shurveer Suryarao(Suryaji) Surve, Maratha noble was respected and valued by Shivaji despite being his adversary. His divan Shirke betrayed him which led Shivaji Maharaj to win this fort in 1660. The battle was led by Tanaji Malusare with 1000 soldiers. RaoRana Suryajirao Surve had only 150 soldiers as Shirke – divan had purposely intoxicated all soldiers. After surrendering this fort RaoRana Shurveer Suryajirao moved his capital to Sonawade near Shringarpur, due to cowardly winning the battle Shirkes were not allowed to interfere Prachitgad activities.

After Sambhaji Maharaj It does not appear in historical records as the site of any notable event until 1817, when it was captured by Chitursingh, the younger brother of the Raja of Satara.

On 10 June 1818, the fort was captured by a British East India Company force led by Colonel Cunningham. 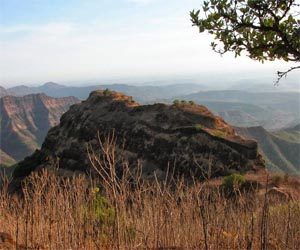 There is a well, a temple and five guns within the fort. It can only be accessed by means of a ladder.

Being in the Chandoli National park Prachitgad is studded with beautiful spots. Two main spots being Sada and Kandhar Doh. Sada is the formation made up of frozen lava. Kanddhar Doh is the water fall on the river Warana.

There is old Bhairav Bhawani temple at Prachitgad.

Ancient Sun temple called as Kunkeshwar is located near Sangameshwar.

Shringarpur is situated at the foothills of the fort. If you have a private vehicle, go to Chiplun on the Mumbai Goa Highway.

Sangameshwar is located on 2 km on the east side of Chiplun.

ST buses are available to reach Sangameshwar via Mumbai Pune.

There are buses from Sangameshwar ST station to Shringarpur.

Best time to visit Prachitgad is between November and March.