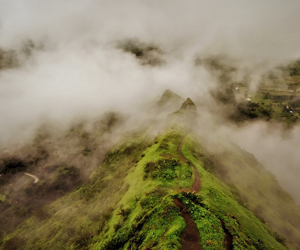 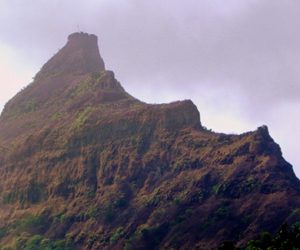 Tung fort is also named as Kathingad fort. At a distance of 24 km from Lonavala, 67 km from Pune, 121 km from Mumbai and 31 km from Lohagad Fort, Tung Fort is an ancient hill fort situated near Pawna dam in Pune district of Maharashtra. It lies at an altitude of 1075 m and is one of the best Lonavala attractions. It is also among well-known Pune places to visit.

Tung Fort was built before 1600 CE. It was built by the Adil Shahi dynasty but was captured by Shivaji. It is small, and not able to hold more than 200 troops at a time. As such, it would not have been able to defend itself on its own for a long time. This fort was built with an intention to keep watch on transport from Bor Ghat. The Dhamale family, one of the Deshmukh from the Maval region, was charged with ensuring the security of Tung Fort. In 1665, Jaysingh invaded this region. Dilerkhan and others destroyed the villages around Tung & Tikona, but were unable to conquer these forts. Then, according to Treaty of Purandar (signed on 12th June 1665), Kubadkhan with Halalkhan and others took over fort on 18th June 1665.

During invasion, it served to provide a temporary distraction for invaders. Thus, the major forts of Visapur and Lohagad would have time to prepare themselves to meet the invading army. This fort served as a watchtower in the past because from top of the fort, a lot of area in the Maval region of the Pawana and Mulshi valleys can be seen, and thus, from the top of the fort, a watch on these areas can be kept.

1. Hanuman temple at the base.
2. Hanuman statue on the way to fort.
3. A lake.
4. Ganesh Temple.
5. Tungi mata mandir at the top.
6. Lohagad, Visapur, Tikona and Korigad forts are clearly visible from Top.

The fort is conical and consists of strongly fortified walls, ramparts and also has several bastions. It has steep climbs with a very narrow route on the edge of the mountain throughout. The fort premise also has a rocky staircase that opens to a water cistern. A steep climb on grassy slopes leads to the ruins of a temple at the summit.

Presently the fort is bounded by water on three sides as a result of the construction of the Pawna dam. 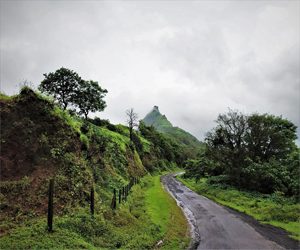 From Lonavala, reaching Tung fort using public transport is a bit challenging as there is no direct transport available to the fort. You can catch a bus going from Lonavala toward Aamby Valley and get down at Ghusalkhamb village. From Ghusalkhamb village, you will have to walk all the way to Tungi (base village of Tung Fort trek), which will take around 1.5 hours (8 kms).

The village of Tungi is located around 300 m from the entrance of the fort. One can also reach the base village Tungi from Pawna dam by boat. From Pawna dam, reaching this fort entrance requires a 400-metre climb. It takes 1 hour to reach the top of the fort from the base.

The cheapest and the convenient way to reach the Tung fort is via railways. The nearest rail-head to Tung Fort is Lonavala Railway station (approx. 22 kms) which is well connected to other parts of the country.

October to February will be the perfect time to visit Tung fort if you looking to have a glimpse of Pawna Lake and its nearby regions.