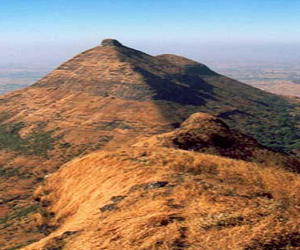 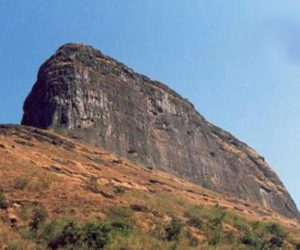 Nashik is one of the favorite places for trekking. It carries a lot of massive, ancient and magnificent forts. In monsoon, these ranges look heavenly beautiful. Achala Fort is a westernmost fort in the Satmala hill range and it is 55 km from Nashik, in Nashik district, of Maharashtra.

The Achala fort is a part of Ajanta Satmala range. The height of Achala Fort is 800 feet (0.24 kilometers) i.e. 244 meters above sea level.

The area of Achala Fort is very small hence this fort does not have many fortifications. Therefore, we can say that the fort was a watchtower as it has a little water cistern and a temple which takes around 30 minutes to see the fort.

In 1636 this fort was under the control of Adilshah. The Moghul Emperor Shahjahan send one of his General Shaista Khan and entrusted to win all the forts in Nashik region. Alivardikhan was cavalier of Shaista Khan who won the Fort.

In 1670 Chatrapati Shivaji Maharaj won the fort from Moghuls. In 1818 Colonel Briggs won the fort along with other 17 forts after the fall of Trymbak fort.

There are two water caves on the fort out of which there is water with one and the other one is empty.

There is also a stone which is a hero stone painted in shenduri (orange color). It is around 7 feet (2.13 m) which makes it the longest and biggest stone. Achala fort has also another base village which is Pimpriwadi or “Dagad Pimpri”.

Vani is a small town near Nashik. On Vani-Saputara road, 15 km from Vani, lies the village of Pimpri Achala. Walk 4 km from this village towards Achala fort. Climb on the ridge and reach to the rock wall and travel across to the north and reach the top of the fort. You will come across two medium grade rock patches. It is a two and a half hours to climb up from the base and three and a half hours from the starting point of Pimpri Achala village, to reach the top.

Monsoon is the best season to visit Achala Fort.