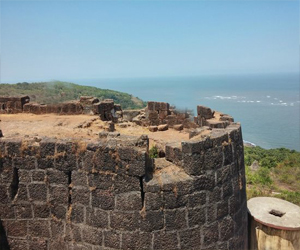 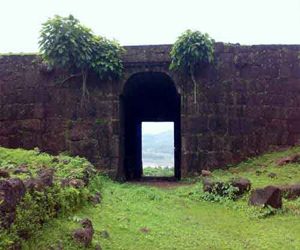 Bankot Fort is believed to have been established with the motive of guarding the trade route which ran along the Savitri River. The fort is located atop a small hill and provides its visitors with a commanding view of the nearby settlement and the sea.

First record evidence about this fort is found in the records of Greek Traveller Ptolemy in first century AD. It was then called as Mandargiri or Mandgor or Nanaguna. The Chinese traveller Hieun Tsang is supposed to have embarked in Bankot in 640 AD. 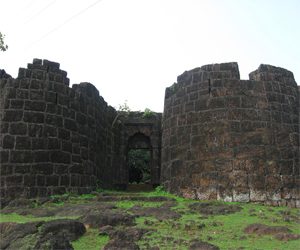 This fort was captured by the Portuguese from Mohammed Adil Shah of Bijapur in 1548. It was won by maratha Koli Admiral Kanhoji Angre in 1700 and named as Himmatgad. Due to rivalry between Tulaji Angre and Peshwas, Peshwas allied with British and waged a war with Tulaji.

In 1755 this fort surrendered to Commander James of British fleet after the fall of Suvarnadurg. British forces captured the fort and named it as Fort Victoria. Later it was revealed by the British that it was not an economically viable deal to maintain the fort and it was handed over to Peshwas. In 1837 the Mamlatdars office was moved from Bankot to Mandangad. 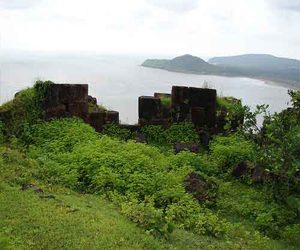 There is a Ganesh temple at the base of the fort. The fort is surrounded by moats dug up in the red laterite. The main entrance faces north and is decorated with stone carvings. Near the entrance are vestibules for gate keepers. In the vestibule on right side there are 6 water tanks.

Going ahead we come across Nagarkhana, where we find decorative steps to ascend it. From here we can have a glimpse of Savitri River and the surrounding region. To walk on the ramparts, there are stairs from eastern and western side. From the western doorway we can go the bastion outside the ramparts. Here we find a deep well and a room for the patrolling soldiers.

There is a secret entrance near this bastion. This bastion lies on the way from Bankot to Velas, and was built by Siddis to strengthen Bankot fort.

By Air:
Mumbai is nearest airport.
By Rail:
Karanjadi – 59 km. Veer – 67 km. Mangaon – 87 km are the nearest railway stations.
By Road:
To reach Bankot village, we have to go from Mumbai Goa Highway. Before Mahad, there is Toll phata, and the route is via Ambet-Mandangad-Bankot (about 248 km). It takes around one hour to reach the fort from village by walk.

Best time to visit Bankot Fort is September to May. 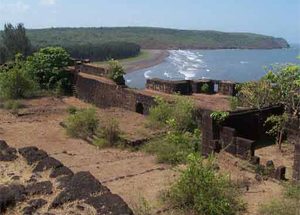