Shaistkhan a Mughal General and Subhedar. A maternal uncle to Emperor Aurangzeb. He was sent to govern Deccan and to finish Great King Shivaji Maharaj.

Shaista Khan sent his trusted Uzbek General, Kartalab Khan along with Rai bagan to gain control over Konkan region on 3 February 1661. The Mughal troops were large in number almost 30,000 in strength and planning for a surprise attack on Shivaji but Maratha forces ambushed on Mughals in the dense forests of Umberkhind, resulting in big blow to Mughal army.

The battle is known for the strategic manner in which Shivaji Maharaj deployed his infantry and their rapid movement along the Umberkhind.

The Mughals sent Shaista Khan with a large force against Shivaji Maharaj who camped at Pune. During this period, Shivaji Maharaj on their campaign to south was trapped in the siege of Panhala by Bijapuri forces under Siddi Jauhar, Adilshah General from Karnool, although he subsequently managed to escape Panhala and reached Vishalgad due to sacrifice of Bajiprabhu Deshpande and 300 Bandals.

Shaista Khan planned to reduce Chhatrapati’s powerin Konkan and deputed Kartlab khan, an Uzbek general with a considerable force, equiped with powerful weapons and artillery. Kartalab Khan decided to surprise Shivaji and chose Khanadala Ghat to move towards Panvel. On receiving this news through Shivaji Maharaj’s spy network, Shivaji Maharaj announced that he was moving his force towards Panvel. Learning this through spies, Kartalab Khan decided to move by another route and selected a less traveled route through Tungaranya, which passes into Konkan through a mountain pass known locally as Umberkhind.

To reach Umberkhind from Pune, Kartalab traveled via Chinchvad, Talegaon, Vadagaon and Malavali. At that point, he turned left towards Lohagad, which was a fort on the border of the Deccan plateau and Kokan controlled by ShIvaji Maharaj.  Forces from Lohagad also ignored movement of the strong army as a plan of strategy. There, his army began the descent into the Kokan area through the narrow pass that separates Lohagad from Visapur. Planning to descend into Tungaranya dense forest with hills on both sides—and then move through the Umberkhind pass, before descending into Kokan proper.

It is worth noting that when the British built the railroad between Mumbai and Pune, they chose go through Khandala Ghat and not via UmbarKhind. The reason for this is because Khandala Ghat, also known as Bor Ghat, is much more open and broad than Umberkhind and as such the ground is not as suitable for surprise attacks. Khan had initialled planned to descend through Bor Ghat and if he had done so, Shivaji would have had a much harder battle on his hands to fight large army with powerful artillery on open ground. Kartalab Khan never thought of it and Khan went through Umberkhind. He had been forced do so in course of action by Shivaji who had ensured that Kartalab khan and his army knew that he was at the base of the khind. This was the cornerstone of Shivaji’s strategy. Khan was planning a secret campaign but Shivaji’s spies were far more skillful. Khan had heard that Shivaji and his army would be at Kurawanda, roughly 3 miles (4.8 km) from Lonavala. But when Khan reached Kurawanda, there was no sign of Shivaji or his army. His spies brought the news that Shivaji was at Pen, at the base of the Ghat. Naturally, Khan chose to quickly descend this mountain pass and launch a surprise attack on Shivaji. Khan was further disadvantaged by the fact that he was traveling in February when most rivers in Konkan area were dry and drinking water was scarce. His huge army was finding this situation very difficult as they were new to this difficult terrain. Umberkhind route was tough for heavy artillery to move on.

Unknown to Kartalab Khan, Shivaji and his army were already in all over the hills that surrounded the Umberkhind where they were ready and waiting for Khan and his army to descend to the base of the pass. They were equipped with rocks and boulders in addition to the usual rifles, sabers and mainly with bows and arrows. Although the army consisted of about 1,000 men, the entire pass was covered with dense forest and so Shivaji’s army was not visible to Khan and his army. The trap was then set for Khan. Khan and his army climbed down to the base in about 4 hours and met no resistance whatsoever. As his army moved down, Shivaji and personal army reached the top of the pass, thus effecting the envelopment of Khan’s forces. As soon as Khan reached the base of the pass, Kartalab khan heard the voice of battle horn . that was the sign to Shivaji’s army began the attack rolling boulders down on Khan’s men. Since Shivaji’s army was on top of the hills, Khan and his army were in effect fighting an invisible army. Not only could they not see their enemy, but they were unable to retreat from it as a portion of Shivaji’s army and Shivaji himself were waiting at the top of the mountain pass to cut them off. For Kartalab army they were surrounded by Shivaji’s men by all sides. They couldn’t see a Shivaji Maharaj’s soldiers. They were totally helpless. In the end, the battle was over in roughly two to three hours.

Kartalab Khan had no choice but to surrender and beg for lives of all and a safe passage for him and his army. Shivaji Maharaj’s small army of 1,000 had trapped and defeated a well-equipped army of 30,000. Shivaji agreed to let Khan and his army leave Umberkhind and return to Khan’s home base in Pune provided that Khan and his army left behind their equipment including their valuables, weapons, horses and food, and allowed anyone who wished to do so to join Shivaji’s army.

Shivaji Maharaj and his army inspected each person to ensure that they follow the terms of the truce. Once Khan’s army had left the battle area, Shivaji’s army spent the rest of that day collecting, classifying and packing all items and transferring it back to Rajgad. During this period Fort Rajgad was the capital of Swarajya.

The win Umberkhind battle boosted the morale of the Marathas, providing them with a psychological upper hand on other hand, as a result of this defeat, the Mughals gave up their plan to conquer Konkan and changed their strategy to defeat Shivaji Maharaj. Encouraged by this, Shivaji later planned and attacked ShaistaKhan in a night assault in the heart of Pune and forced Shaistakhan to withdraw his deccan campaign. 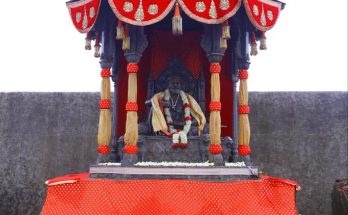