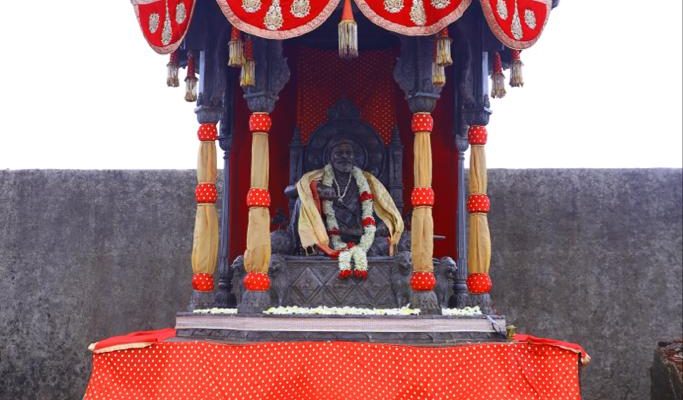 The period of 17th century was an era of chaos and a general discontent among the Hindu population of the Deccan and South India. People secretly desired for a saviour who could eliminate the injustice and promise them the land to call their own. They were looking for freedom. The liberator finally arose. History names him as Chatrapati Shivaji Maharaj.

A small but efficient council of ministers along with the responsibility of his father’s Jagir in Pune, Shivaji began to fulfil his dream of making a land free from injustice and religious intolerance. The first conquest came in 1647 at the age of sixteen. He seized the Torna fort with the help of trsuted and storing mawalas and gradually started conquering the neglected forts of Adilshahi in the vicinity of Pune.

For the next couple of decades Shivaji Maharaj along with his trusted soliders successfully tackled the three mightiest dynasties- the Adilshahi and Nijamshahi in the south and the Mughals in the north. Slowly Chhatrapati Shivaji Maharaj secured the forts in the Western Ghats and Konkan coast. Shivaji Maharaj controlled the region from these dynasties and shown people the desired dream of Swarajya ( freedom and place of their own) Now there was a demand from people, close aids, ministers to declare Shivaji Maharaj as Chatrapati.

On 6th June 1674, Great Shivaji’s coronation ceremony was performed on fort of Raigad according to the shastras by Vishweshwar, also called Gaga Bhatta, of Varanasi, a master of the four Vedas, the six philosophies and all the Hindu scriptures after he had gone through the genealogy brought by Balaji Avji Prabhu, Shivaji’s secretary, which showed that the Bhosale were a branch of the highly respected Sisodias of Mewar, the Kshatriyas of the purest Rajput clan.

There was no history on tradition or procedure of the ceremonies performed an the occasion of the coronation of an independent sovereign, team of pandits, scholar men went through the Sanskrit texts and Smritis to find out the exact procedure, and information was also gathered from all over India on various points connected with Rajyabhisheka.

Prior to Rajyabhisheka (coronation) ceremony, there were many religious ceremonies preliminary to the main occasion and visits to most of the important shrines in Maharashtra kept Shivaji busy. He performed worship of Mahadeva (Shiva), goddess Bhavani, and other deities for a number of days. On 6th June 1674 the formal Coronation ceremony took place.

for this great occassion Ministers built Throne of 32 man gold (144 kg gold) studded with lots of diamonds, pearls and rubies. On the two sides of the throne, various emblems of royalty and government hung from gilded lance – heads – two large fish heads of gold, on the left several horses’ tails, (the insignia of royalty) and a pair of gold scales, evenly balanced (the emblem of justice) on a very costly lance-head.

As Shivaji mounted the throne,. The priests lifted up their voices chanting holy verses and blessing the king who bowed to them in return. The crowd set up deafening shouts of Jai Jai. All the musical instruments began to play and the artillery of every fort in the kingdom fired salvos of all their guns exactly at this time. The main priest, Gaga Bhatta, advanced to the throne, held the royal umbrella of cloth of gold fringed with pearls over his head, and hailed him as Shiva Chhatrapati or Shiva the paramount sovereign.
Shivaji bowed before Jijabai and touched her feet. Nearly fifty thousand people from all over India gathered atRaigad for the ceremonies. Shivaji was entitled Shakakarta and Chhatrapati. He also took .the title of Haindava Dharmodhhaarak

The coronation ceremony was an event of great significance in the history of India. In case of all other rulers, the coronation had to be approved by the Mughal Emperor, but Shivaji did it as a bold challenge to the Mughal authority, and the title of Chhatrapati which he adopted symbolized this challenge. He could now claim devotion and loyalty of the people over whom he ruled and his treaties and promises now had greater sanctity as engagements of the head of a State and had more legal validity and assurance of permanence. 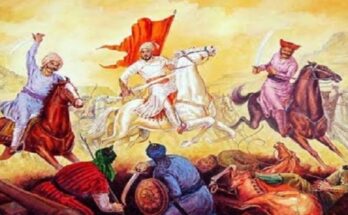