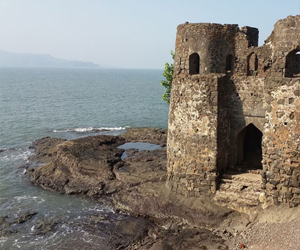 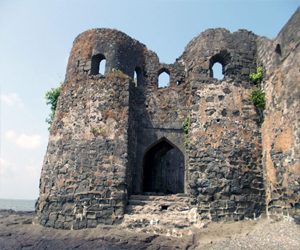 Padmadurg is a sea side fort an easy trek situated in Rajapuri village of Raigad district of Maharashtra. The fort of Padmadurg is also called as Kansa Fort.

Kansa Fort is surrounded all the sides by sea which is about 20 ft deep at its outer periphery. This fort is built by the great Maratha King Chatrapati Shivaji Maharaj in the year 1676. It was built by Marathas to challenge another seaport Janjira which was controlled by Siddis.

Padmadurg is one of the sea forts built by Chatrapati Shivaji Maharaj in 1676 in order to control the activities in Arabian sea.It is located in the northwest direction of the Janjira fort at a distance of about 10 km.

Chatrapati Shivaji Maharaj explained the importance of the fort in a letter written in 1677 to Jivaji Vinayak, who was responsible for providing logistical support for building Padmadurg. Kanhoji Angre, the first notable chief of the Maratha Navy in the 18th Century, was first associated with this fort in major English documents.

The Padmadurg Fort has witnessed many fierce naval battles between Siddhis and Maratha for maritime supremacy on the western coast of Maharashtra. After Chatrapati Sambhaji Maharaj (son of Chatrapati Shivaji Maharaj) the fort was taken over by the rulers of Janjira, the Siddhis, who changed the fort’s architecture according to the Siddhis style. Thus, some of their water tanks, cannons and bastions can also be seen in the fort. After the Siddhis, the British occupied Padmadurg and constructed their barracks. This fort was used for imprisoning the political offenders in the 19th century. 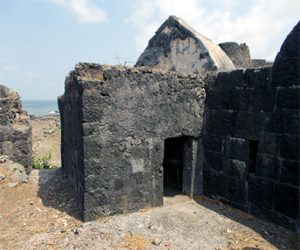 The Sea Fort of Padmadurg is not as big as Janjira but still the fort can be visited and enjoyed. Visiting the fort requires taking permission from the Customs/Navy. The fort was not only a part of Sindhudurg’s defenses but was also Chatrapati Shivaji Maharaj’s main ship construction yard. This fort can also be viewed from Janjira.

There was a belt of land from Dandi seashore to Padmadurga but it got blown away under the water in 2004.

Now the Padmadurg is desolate, lonely and abandoned, drifting some where in the dreams of the bygone era. It can be seen that the high outer walls of this fort now in shambles, were once guarded by six bastions.

Lot of tourists visit Padmadurg for picnics. The fort had as many as 70 to 80 cannons in the past, however, only 42 remain. Also, the existing cannons have rusted due to the humid climatic conditions. One also finds about five to six cannons buried under years of mud and dust. Also, on the southern part of the fort, a fortification wall of 100 meters has collapsed. Cracks in the wall as well as copious vegetation and debris add to the miserable condition

The fort lay between the Sindhudurga and the coast, and featured a dry dock – a narrow tongue of water between two rock walls. It is also said that there was an underground way to sindhudurga fort.

This fort can be accessed by boats. Boats are mainly available from Murud-Koliwada. There are no direct boat fares to the fort as a result of which the visitors have to hire a personal boat.

Any time you can visit Padmadurg. 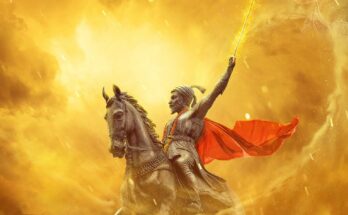 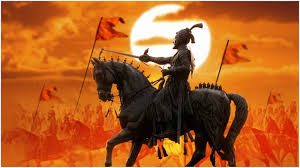