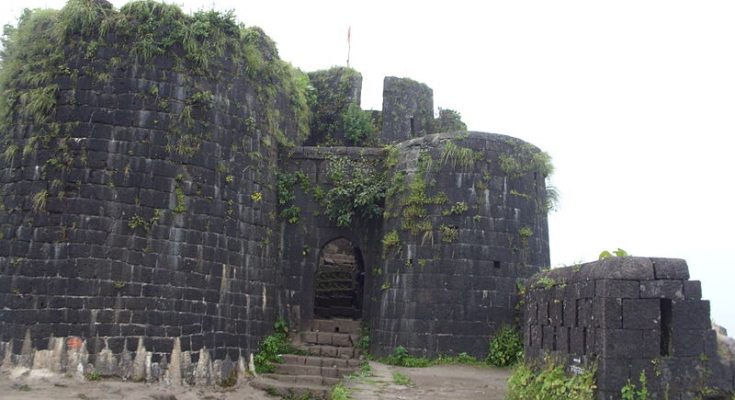 Purandar Fort is known as the birthplace of Sambhaji, the son of Chhatrapati Shivaji Maharaj, Purandar Fort is also mentioned in the rise of Shivaji against Adil Shahi Bijapur Sultanate and the Mughals. It is among one of the famous tourist attraction in Pune, Maharashtra, India. 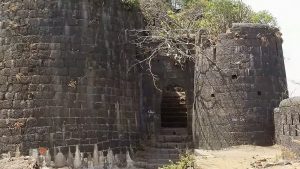 The fort is situated in the Western Ghats and stands 4472 ft above sea level. Purandar and Vajragad or Rudramal fort are twin forts. However the latter is comparatively smaller than Purandar Fort. A village is named after the fort and is called Purandar Village situated at the bottom of the fort. The fort is also known as the birthplace of the son of Chatrapati Shivajiraje Bhosale and the second Chatrapati Sambhaji Raje Bhosale.

There are two distinct level of the fort of which the lower part of the fort is called machi. The north part of machi houses a cantonment and a hospital. From machi the lower level, staircase leads to Ballekilla, the upper level. There is a Dilli Darwaza which is the first structure of the Ballekilla. An ancient Kedareshwar temple is also present in the house. There is a steep drop surrounding the Ballekilla. The fort has also witnessed many conflicts between Shivaji and Aurangzeb.

Later, when the British captured this fort, a church was constructed inside the fort. There is also a story of a man who was asked by the Persians to sacrifice his first born son and his wife. They were buried under the foundation of the bastions. Later the man was rewarded with two villages.

The fort has two distinct levels. The lower part of purandar is called the machi. North of the machi is a flat area where the cantonment and hospital was housed. 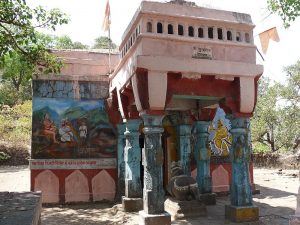 There are many temples dedicated to Purandareshwar (the fort’s patron god, from which it also takes its name) and Sawai Madhavrao Peshwa here. There is a statue of Murarbaji Deshpande, the commander (killedar) of the fort who gave up his life in order to protect the fort from the Mughals. The northern part of the machi has a low fall with several bastions and an imposing gate with two towers.

From the lower level of the machi, a staircase leads to the upper level called Ballekilla. The first structure of the Ballekilla that comes into view is the Dilli Darwaza (Delhi Gate). This area also houses an ancient Kedareshwar (Shiva) temple. The upper level called is also surrounded by steep drop on three sides

The fort was earliest known in the Yadava era in the 11th century. After the defeat of the Yadavas by the Persian invaders, the territory surrounding the fort fell into the hands of the Persians who further fortified the Purandar Fort in 1350 A.D. During the early rule of the Bijapur and Ahmednagar kings, The Purandar Fort was among the forts directly under the Government rule and was never entrusted to Jagirdars (estate holders).

Under the rule of the Berar Sultanate, The fort was besieged several times. To prevent the Purandar Fort from ever falling again. A sacrificial ritual was performed where a man and a woman were buried alive under one of the fort bastions to appease its patron deity. Another ritual was soon performed where the king ordered a minister to bury a first born son and his mother into the foundation of the bastion which was promptly done with a further offering of gold and bricks. When the bastion was finished, The minister, Yesaji Naik, was given possession of the Purandar Fort and the father of the sacrificed boy was rewarded with two villages.

In 1596 A.D, the Bahudar Shah of the Ahmadnagar Sultanate granted the territory of “Pune” and “Supa” to Maloji Bhosale, the grandfather of Chhatrapati Shivaji Maharaj. The Purandar Fort was included in the territory.

In 1646 A.D, a young Chhatrapati Shivaji in one of his first victories for the Maratha Empire, raided and established control of the fort.

In 1665 A.D, The Purandar Fort was besieged by the forces of Aurangzeb, under the command of Mirza Raje JaiSingh and assisted by Diler Khan. Murarbaji Deshpande of Mahr, who was appointed as the killedar (keeper of the fort), offered strong resistance against the Mughal forces ultimately giving up his life in a struggle to retain the fort. Chhatrapati Shivaji daunted at the prospect of the fall of his grandfathers fort, signed a treaty known as the First Treaty of Purandar with Aurangzeb in 1665. According to the treaty, Shivaji handed over twenty-three forts including purandar, and a territory with a revenue of four lakh hons (gold coins). Shivaji Raje was made the jagirdar of the territory.

In 1670 A.D, The truce did not last long as Chhatrapati Shivaji Maharaj revolted against Aurangzeb and recaptured Purandar after just five years.

Under the Peshwa rule, The Purandar Fort acted as a stronghold whenever their capital city of Pune was under attack. In 1776 A.D, a treaty was signed between the British Raj and the Maratha States known as the Second Treaty of Purandar. Its conditions were never fulfilled, being overruled by the subsequent Treaty of Salbai in 1782 between the Bombay Government and Raghunathrao, at the close of the First Anglo-Maratha War.

In 1818, The Purandar Fort was invested by a British force under General Pritzler. On 14 March 1818, a British garrison marched into Vajragad (the smaller fort). As Vajragad commanded Purandar, the commandant had to accept terms and the British flag was hoisted at Purandar on 16 March 1818. During the British Raj, the fort was used as a prison. During World War II, it was an internment camp for enemy-alien (i.e. German) families. Jews from Germany were interned here along with the Aryan’s. A German prisoner, Dr. H. Goetz was held here during World War II. He studied the fort during his stay and later published a book on it. The fort’s major use however, was as a sanatorium for the British soldiers.

The thousand year old Narayaneshwar temple of the Hemadpanthi architecture built by the Yadavas still exists at the base village of the purandar fort called Narayanpur.

According to a legend, It is said that Purandar is the broken part of the Dronagiri Parvat, which Hanuman carried in the Ramayana.

At present the Purandhar Fort is used by the National Cadet Corps academy for training purposes. The fort is a hotspot for paragliders and trekkers. 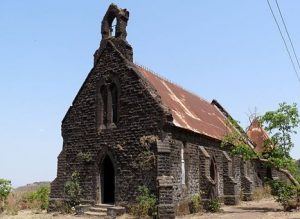 One can visit this heritage site for sightseeing, trekking and mountaineering. Apart from that one can do the following things:

It is the best place to visit for some adventure during holidays.

It is 60 kms from Pune and a direct road goes to Purandar Fort. It is currently under the rule of Army force.

The fort opens to general public by 9 AM and closes by 5PM for all days of the week. One has to show their ID to enter the fort and for foreign nationals, passport is mandatory. It comes under Maharashtra tourism and department also promotes the heritage site. This fort is a must visit place if you are going on a Maharashtra tour.

Except for monsoon, the fort can be visited throughout the year as during monsoon the roads get slippery.