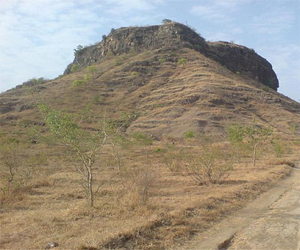 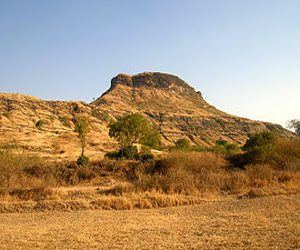 Pemagiri is a village in Sangamner taluk of Ahmednagar district of Maharashtra.

Pemagiri Fort is also known as Bhimgad or Shahgad. Pemagiri fort is not very familiar fort, but it plays an important role in the history of Maratha. Located atop a hill, Pemgiri Fort is one of the least-explored historical places in Ahmednagar. Even though the region of the fort is famous for Pemadevi Temple, which is the most visited spot here, and is a perfect place for trekking, it remains unexplored throughout the year.

This small hill fort was built during Yadav family ruling 200 BC. This fort has most imporant place in Maharashtra history.

First spark of foundation of Swarajya against Mughal and Adilshahi ruling by shahajiraje in 17th century. This fort witnessed bravery and political skills of Shahajiraje.

The Mughal emperor Shahjahan of Delhi and the two Adilshahi of Vijapur were overthrown by Nizamshahi on 17 June 1663. ShahajiRajja, the last of the Nizamshahi, was able to rescue Murtiza Nizam from the prison of Jivan Jain and declare him Nizamshah on the Pimagiri fort near Sangamner and he himself became a wazir.

During 1738 to 1740, Bajirao Peshwa first and Mastani had resided at Shahgad. 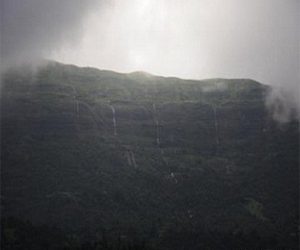 This ancient fort is situated on a hill which stands separated from the main Baleshwar mountain range. One can easily approach the fort by the paved road built by the forest department.

There are two temples on the fort dedicated to Goddess Pemadevi. Just opposite to the small temple there are 7 water tanks which date back to the Satvahana era and out of these, two tanks are built using the pillar architecture.

Once we move towards left from these tanks, we come across a large water tank which is called “Bandhani”. After seeing this one can go to the southern side of the fort where there are no visible structures but we can view the Baleshwar mountain range which acts as the natural protector wall for this fort. Near the newly built Pemadevi temple there are two dried water tanks. The top most crown of this temple is easily visible from a far distance. To the northern side of the fort there was a bastion which was mainly used for surveillance purpose.

There are no remnants of this bastion now. The iron ladder which is installed here leads us to the base village if one comes by a walk instead of a vehicle. The forest department has started to refurbish the fort. Nearly 2.5 kms from the fort in Pemgiri village there a gigantic Banyuan tree which has sprawled across an acre of land. There are also Veerghals under this tree which are inscribed of Lord Khandoba and his two wives.

Mumbai to Pemgiri Fort.
From Mumbai there are trains available to Nashik station and then follow the same route from Sangamner mentioned above.

You can visit the fort at any season. 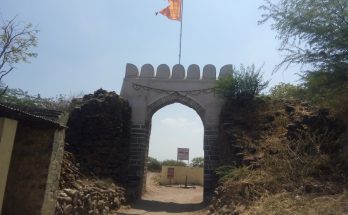