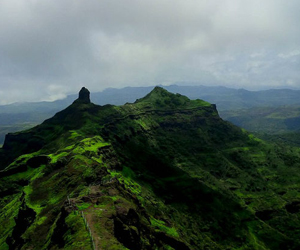 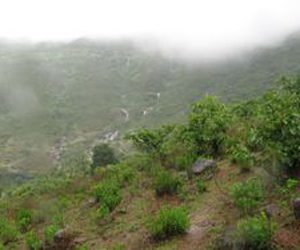 Torna is a hill fort in Western Maharashtra; southwest of Pune City. Torna was the first fort won by Shivaji at the age of 16. Seeing this huge fort must have prompted Shivaji to name it Prachandgad. Another very noteworthy thing about this fort is that it is one of the highest forts (4610 ft) in Pune District. Legend has it that when Shivaji started restoration work of the fort, he came across a hidden treasure which financed the cost of rebuilding the fort of Rajgard which stands on the hill opposite Murumbdev. 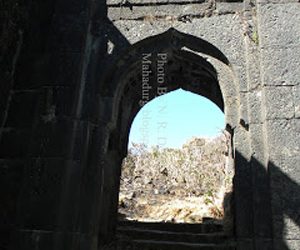 This fort is believed to have been constructed by the Shaiva Panth, followers of the Hindu god Shiva, in the 13th century. A Menghai Devi temple, also referred to as the Tornaji temple, is situated near the entrance of the fort.

“Torna” (Tornagad) or “Prachandgad” was the first fort captured by Shivaji Maharaj. He captured this fort and started his journey to build the Maratha Empire when he was just sixteen years old (in 1643). This shows his valor and determination to construct a new empire. 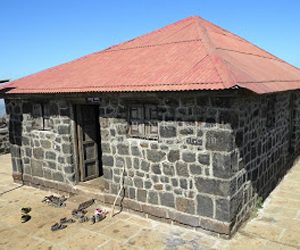 When Shivaji Maharaj took over this fort from Aadilshah (Sultan of Vijapur) this fort did not had too much construction on it. This fort was not given more strategic importance by the Aadilshahas. After capturing this fort, Shivaji Maharaj started to construct some buildings on the forts and fortification for the fort. This was necessary to make the fort a secure place which can be used in forthcoming war against the Aadilshah and the Mughals.

The fort has two temples on it. The first one is of goddess “Toranjai” and the second one is of goddess “Menghai”. You can stay in the temple of goddess “Menghai” if necessary. The fort has two major wings (in Marathi “Machi”) the “Zunzar Machi” and the “Budhala Machi”. On the Budhala Machi, there is big vertical rock. When seen from distance it seems to be a thumb held up. The fort also has two gates: the “Binicha Darwaja” (Bini Gate) and “Konkan Darwaja” (Konkan Gate). The Binich Darwaja takes you inside the fort, while the Konkan Darwaja takes you to the Budhala Machi.

This is one of the tallest forts in Maharashtra. So, this has always been a center of attraction for the trekkers. This fort is located at about 60 Km from Pune. To visit the fort you may reach the village Velha from Swargate bus stop of Pune via Nasarapur.

Considering the climatic conditions and beautiful surroundings, Torna Fort remains a year-round destination for offbeat travellers. However, for trekkers, it is preferred mostly during the post-monsoon season, when the entire fort is covered with lush greenery and is characterised by a cool and pleasant weather.

The best time to visit Torna Fort is from October until the end of March.