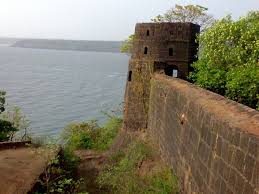 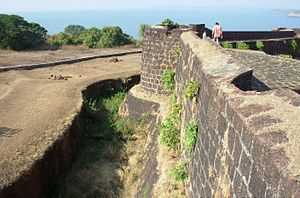 Jaigad Fort (Marathi: जयगड किल्ला, Jayagaḍa killā) (Also transliterated as Zyghur in old British records) is a coastal fortification that is located at the tip of a peninsula in Ratnagiri District at a distance of 14 km from the temple town of Ganpatipule, in the state of Maharashtra, India. Nestled on a cliff, it overlooks a bay formed where the Shastri river enters the Arabian Sea It has a commanding view of the bay, the nearby power plant and the open sea. A jetty port Angrey, and a lighthouse is located nearby. Although in ruins, most of the fort’s outer wall and ramparts still stand. A deep moat surrounds the fort side not facing the cliff edge. In the middle of the 13 acre fort lies the palace of Kanhoji Angre, a Ganpati temple and wells to store water.

Jaigad fort is said to have been built by Bijapur Kings in the 16th century.  Jayba Mahar who was the legend of the Sultanate sacrificed his life to save the humankind. Later in his memory, the fort was named Jaigad. 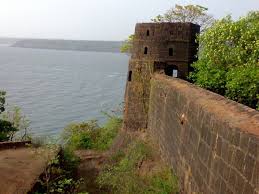 Later it passed into the hands of Naiks of Sangameshwar. He had 7-8 villages and 600 troops under his command. He defeated combined forces of Bijapur and Portuguese in 1583 and 1585. In 1713 Jaigad was one of the ten forts which was ceded by Balaji Vishwanath Peshwa to Angre.In June 1818 this fort was captured by British without any struggle 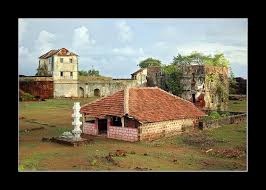 On the right side of the fort after entering into it. The total area of the fort is 13 acres. There are temples of lord Ganesh and Hanumanji in this fort.

Although the fort is in ruins, some of the architecture has outlived the tests of time and weather. The spectacular fort consists of a high upper fortress connected by bastions on the edge of the cliff, the lower line of defence on the shore and two sweet water wells. The steep stairways lead to the upper fortress from where the beautiful creek can be seen. The palace of Kanhoji Angre lies in the middle of the fort along with temples of Lord Ganesh and Hanuman in the premises.

You can reach at the Jaigad fort by road comfortably. You can take a bus from Ratnagiri and enjoy the trip to the fort. The Ganpatipule to Jaigad fort distance can be covered by taxi or auto as well.

If you are travelling by train, then you need to leave at Ratnagiri station and travel by road from there. The distance from the station is 48 kilometers. You can also travel to Chiplun station by train which is 62.54 kilometer away from the fort. The nearest airport is also Ratnagiri airport which is 43 kilometers away from your destination.

Form October to March pleasant temperature ranges from 11 to 20 degrees Celsius and this is the best time to visit Jaigad.